Have you ever wonder what is a Sabbath mode on your oven or other appliance? When you first encounter it did you eventually know what it does? Why does it say Sabbath instead of something else? In this article, I am going to provide a thorough and direct explanation about Sabbath mode and how important it is to know about such thing.

Many of us are wondering what it is? Is Sabbath more literally means the Sabbath and why?

Sabbath more or also known as Shabbat mode is a feature of modern appliances like refrigerators and ovens which allow the Jews who adheres to their traditional law and observes Sabbath holidays. The religious law of traditional Jews distinguishes secular and holy periods of time. The holy times are the annual holidays and the weekly Sabbath.

Sabbath mode usually overrides the appliance’s normal operation and makes it comply with the rules of Jewish law or Halakha. Why? Halakha prohibits Jews from doing activities during those holy times, including the making of fire, preparation of food or switching electric button. 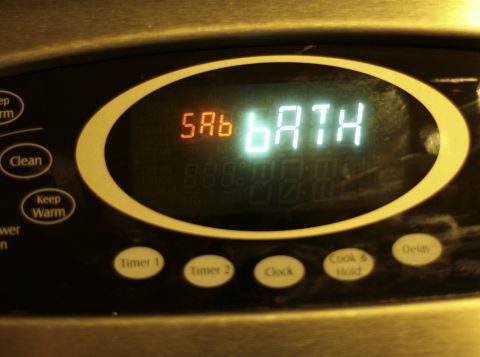 Because we live in a digital age and almost everything is possible, a solution was made for those Jews who need to use appliances and electricity on Sabbath holidays. That’s why a feature on the oven and some refrigerator are added and it is called Sabbath Mode.

The Halakha law states that preparation of food is restricted on Sabbath and cooking raw food on that day is not allowed. However, Jews can cook food before Sabbath and may be kept warm until meal time. Good thing that there is oven which can be activated in Sabbath mode.

There is one thing you should remember, though; the oven light bulb should be removed before the holidays because normally it turns on when the oven is opened. Or, you can set the bulb to be on before you program the oven to its Sabbath Mode.

Now, let’s talk about the Sabbath mode in your refrigerators. Sabbath mode on the fridge will disable the fridge’s ability to turn on the lights or any other electrical activity while you are opening the door.

There is also Sabbath mode features a refrigerator that includes a time for the compressor. So, when you open the door, it doesn’t have an immediate effect on the appliance’s electrical operation. Normally when you open the door the compressor will turn on, but using the Sabbath mode which incorporates a timer, Jews will still able to follow their law.

One of the most prominent manufacturers of these appliances with Sabbath mode is GE Appliances which is gladly partnered with a Jewish kosher organization named Star K. They designed the models to be used specifically during Sabbath holidays by observant Jews. If you have one of their products, a Star K logo is recognizable and that is when you know that it complies with the Jewish law.

Are you satisfied with this information? Or still in awe. Yes, people are not joking about this high-end feature in some ovens. There are a lot of religious practices which are unstoppable because they are tradition and part of culture. Isn’t it amazing that a Sabbath mode on appliances was made specifically for Jews and it actually helps them during their holidays and will still make them a follower of their law?

Indeed, this new technology is magnificent. I hope that you enjoy the article and all the things I said about Sabbath mode. If you ever find yourself dealing an oven with this feature, at least you know what it means. You can actually share this information with others too.

Share your thoughts in the comment section below and let me know what you think. If you have questions, ask right away!

The Latest From Rose